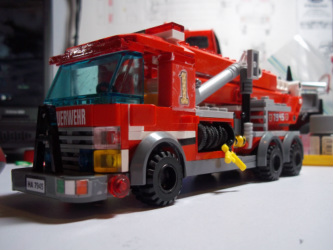 Shown here is snorkel 1. Stationed in a suburb/ business area. It is stationed with Squad 1.

Squad 1B is stationed with Squad 1 a at station 1 in a high rise portion of the city. Based off of Detroit's Squad 3, It was built by Spartan/SVI. It is still awaiting parts 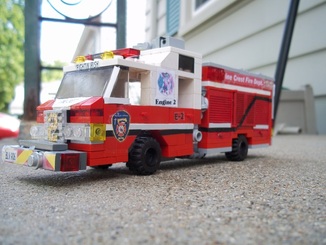 Station 2 located in a growing business area. Partially covers the 20 miles of beach front and most of the city. Engine 2 (pictured) is housed with Ladder 2, Tac 2 and Ambulance 2. 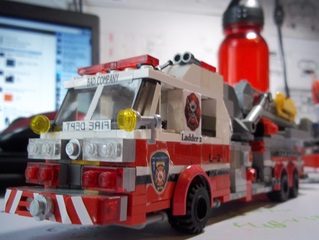 Ladder 2 is a 2011 Sutphen SP95 Ariel ladder. The picture shown is a little dated.
Current Ladder 2 photos can be found at
http://www.mocpages.com/moc.php/253385 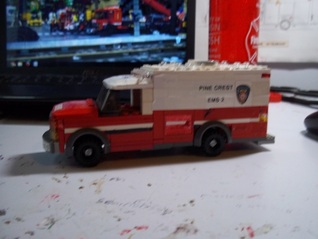 All EMS units are Ford F-650 body's with a Med tech rear. 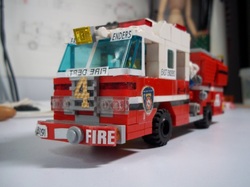 Here is Engine 4 for now. KME Kovatch Pumper. Inspired by Paul B's Engine 3 and 5.
Currently runs out of Station 4 with Rescue 4 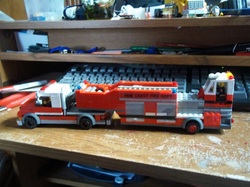 The picture shown is dated. An updated will be uploaded when available. 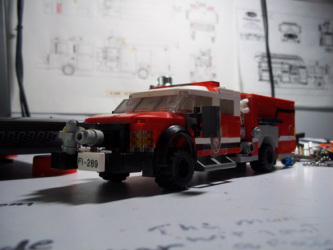